My mom’s house is in Nam Dinh, my grandmother has 9 daughters, so basically it is whole lots of people, all the time. When we gathered for holiday or any occasion, there were up to 50 people there at least. Well all the cousins are at the some range of ages, so I always have a group of kids to hang out with. We can run around fishing, playing card, catching butterflies or worms, all sort of fun when you didn’t have a screen to scroll and to stare at. I was a kid, of course there was nothing but joy. Then I became more aware of the reality, noticing what the adults were talking about. They are all gossips, all kind of drama that I don’t want to get involved. I just chose to stay away. My grandma is an old-school person, she is proud of raising 9 great and successful daughters, you can see it in her eyes. They are all successful and having happy families. But with her and in our family, there’s one rule still existed through the year that men are considered the one who works hard in the society so at home, they are bosses, not like they can give order or command but mostly they don’t need to do much of housework, that aspect belongs to the ladies of the house. You will see that women in my family always spend time in the kitchen, willingly, no complains, they cook for the sake that those men will have good meals, and then rushed in washing or cleaning right after every meals. But after all, they are all happy with that. I just can’t. 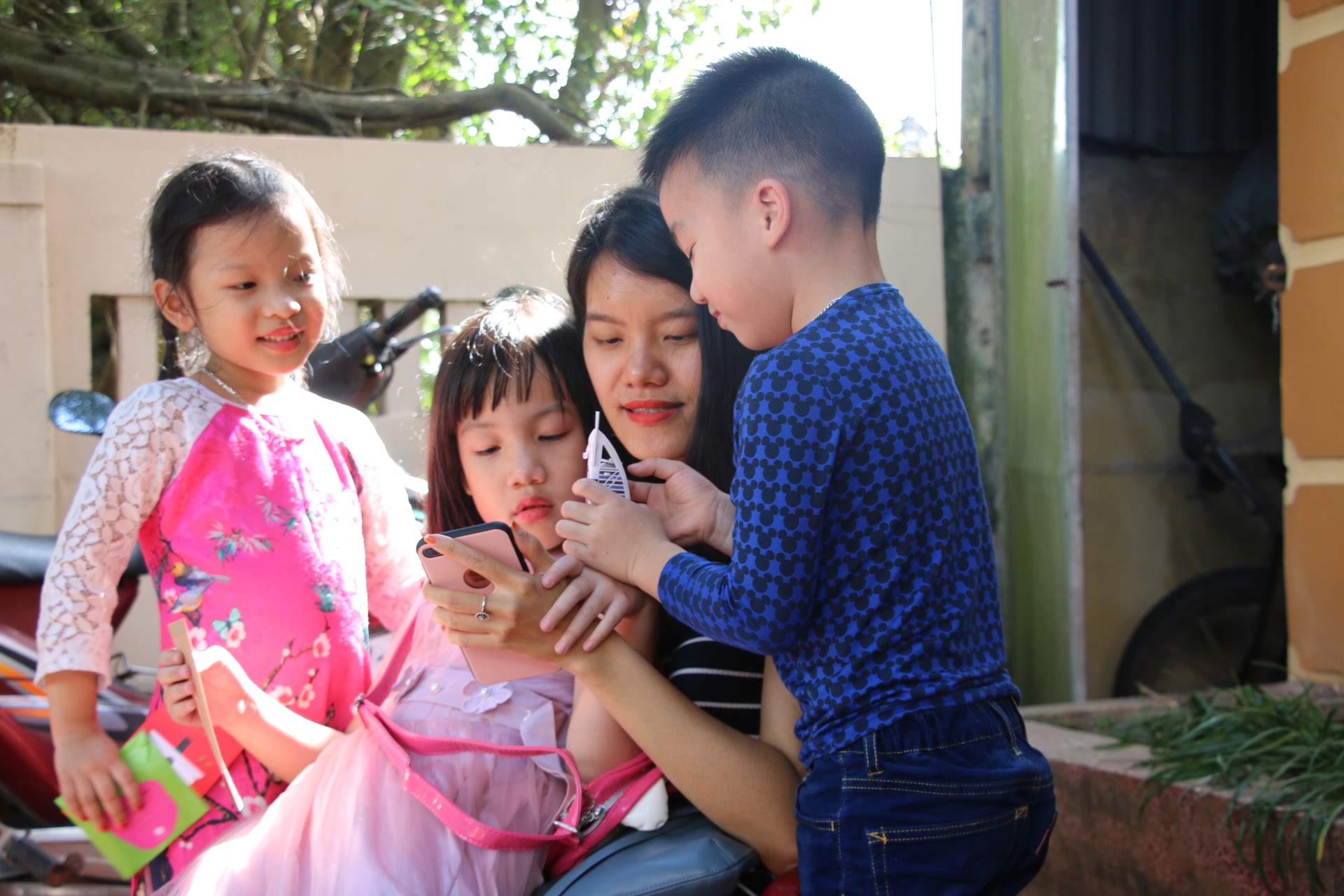 Me and the kids in my mom’s hometown

My dad’s hometown was more quiet, boring as someone would describe it, it still is but I would rather refer it as peaceful now. My dad doesn’t get along with his father, they argued a lot. So the atmosphere was always stressful, most of the time. My grandpa yelled at my grandma, which is the scene I hated the most to watch. I hated him because of that. He was so mean and difficult and grumpy. My dad’s mother is a truly sacrificed woman, she is the only one I’ve ever met that can stand my grandpa’s temper, brutality, and difficulty and still choose to stay with him her whole life. She is loving and caring mom and nanny. There are also complication in my dad’s family, well, but it is among him and his brothers and his dad. The  complication is so much that it leads to them never talked to each other again. But it’s their business, I don’t bother that much if it’s nothing to do with me. 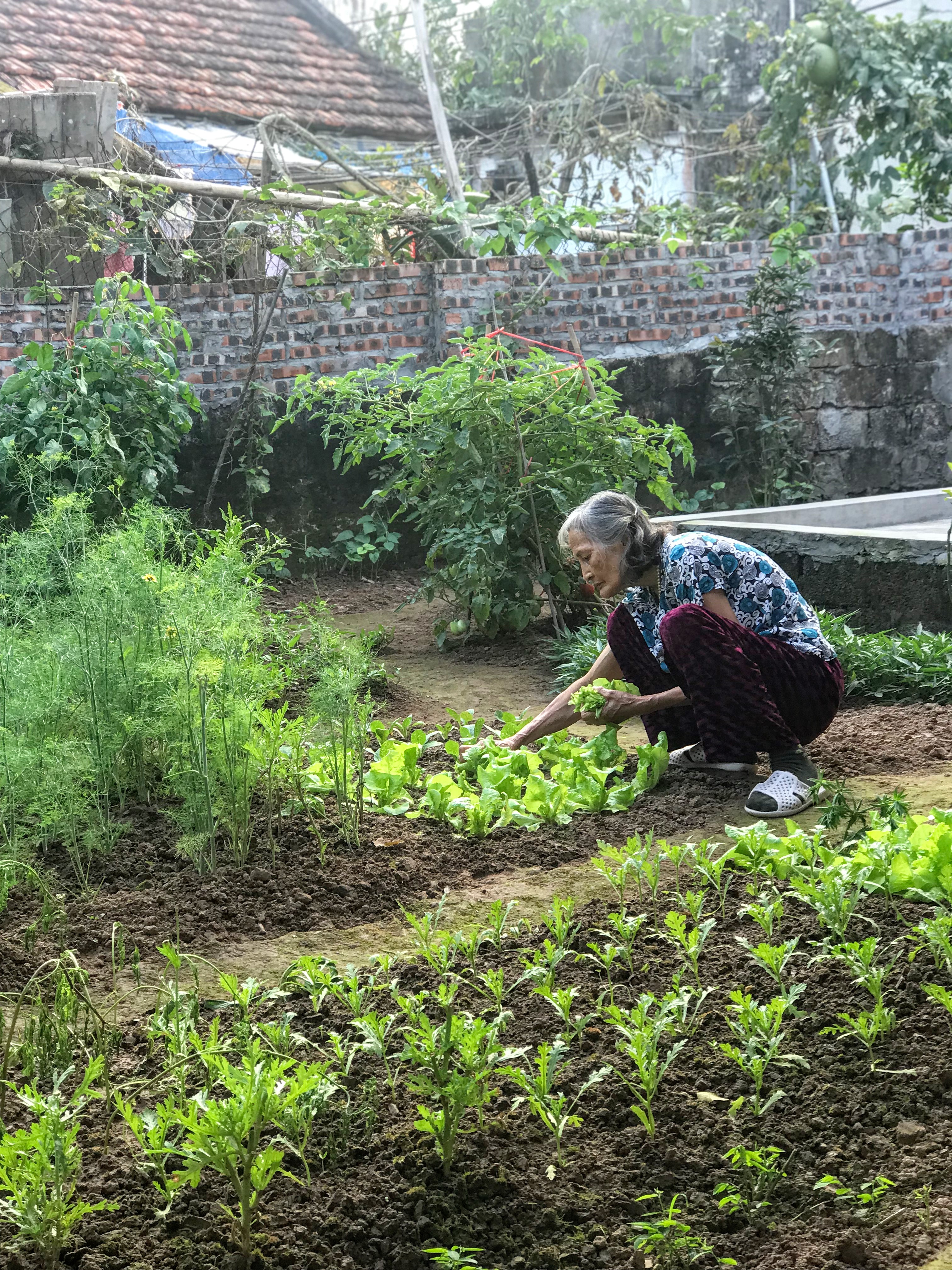 my grandmother in my dad’s hometown

Now I am grown up, my aunts and grandma can’t help but looking at young girls with the expectation that we will become a good housewives one day like them, like our mothers. They hope that one day the girl will bring home a nice guy, brought up in a basic family, we both have good, well-paying jobs and just that, be ready to form a family, have kids, that’s it.. guess we will be happy after all.

I guess I was changed, totally, I prefer lonesomeness, quiet time. So I tend to stay away from any dramatic crowds, any gossiping group. I am no longer too excited for the time when I and Bin hop on my dad’s car and we knew we were heading to my mom’s hometown. It’s a part of generation gap I think. we, youngsters tend to be afraid of marriage or decide to settle down much later now.